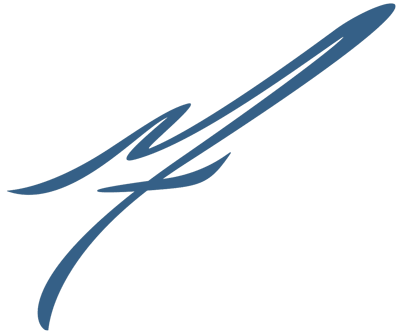 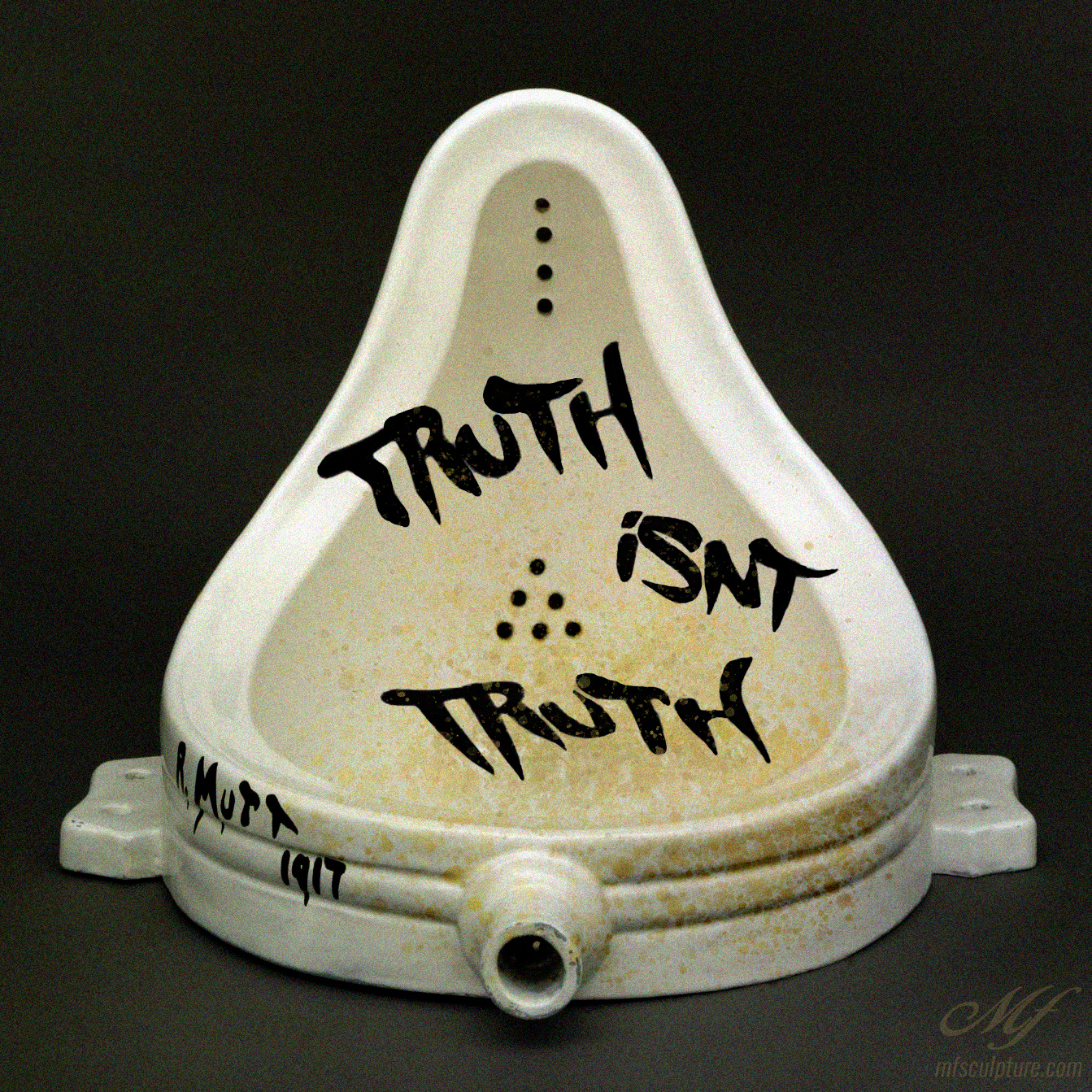 It has been said we live in a post-truth era. The underlying nature of this problem is ancient; however, there is a heightened immediacy to this claim. Perhaps this is due to greater channels of disinformation which act as multipliers based on the virality of false information. The disintegration of fact and truth is a very dangerous problem. This condition is not limited to the political arena, but rather extends into society’s general inability to discern fact from opinion, its tendency to attribute false equivalency and to invert opinion and fact. We are vulnerable to propaganda, conspiracy theories, and sleight of hand of the modern day snake oil salesman.

Of course, there is a philosophical and pragmatic problem of “what is a fact” and whether we can really speak of a fact. Strictly speaking, this may be so, but science and empiricism have been able to progress despite this challenge. I do not doubt the human mind and culture can as well.

To maintain a general faith in Actuality is essential. Behind our notions, claims, systems, descriptions, opinions and isms is something real and true, something Actual. Not only does Actuality lie behind, but also beyond all thought constructs. Thought is like a net cast in an ocean of Actuality, never capturing, never containing and never the ocean itself.

Faith in Actuality is necessary even though perception-conception, which is limited, does not have perfect access and immediacy to it. The survival of humanity has depended on a correspondence of the senses and reasoning with Actuality.  As this correspondence breaks down, our survival is in jeopardy. Although not sufficient in itself, agreement with Actuality is absolutely necessary for human survival.

In many ways, the concept of Actuality was thrown out in the 20th century along with claims of Truth. Discarding the latter has great value, discarding the former is a great danger to reason, morality, and society. An abandonment of Actuality; although not necessarily, leads to moral relativism. Ironically, the move to avoid the pitfalls of claims of truth or grand narratives repositioned truth within the confines of thought, in which there are no bearings, no ground, leading to false equivalency and a decoupling from what is Actual.

Make no mistake, both ends of this are a danger: asserting truth and asserting equivalency. We could go much further in our rejection of claims of Truth, which are inflexible and lead to limitation, authority and oppression.

Is faith in Actuality a claim of Truth, why does it not have the same danger? This is a fair question.  So how is this different?  It is a faith that something underlies our opinions and goes beyond thought.  It is a faith that relies on healthy skepticism, empiricism and sound reasoning.  It requires awareness of one’s conditioning and an awareness and effort to not be influenced by one’s biases and identifications.  The faith is a based on humility and an understanding that one cannot state “this is Truth.”

It is vital to understand the limits and dangers of knowledge, perception-conception, and specifically belief, especially in the religious sense. There must be humility to our knowledge, this is crucial, but there must also be a deeper understanding of how it is limited and in what ways it can be, and is, corrupt. The pretense “I know” is a very precarious and perilous one. As psychologists Dunning and Kruger show, those who know less about a topic overestimate their expertise and experts tend to underestimate theirs. Unfortunately, ignorance is generally the most vocal and viral.

Knowledge is always incomplete and fragmentary. Knowledge–systems and statements–can, at best, be approximately accurate within defined bounds and context. This is not to say knowledge does not have value, which would be ridiculous, rather it is a warning to proceed with caution. It certainly is not a case for moving toward relativism (normative).

One must also recognize belief is within the category of knowledge and possesses even greater limits and problems since it is generally decoupled from Actuality. Belief is not required to correspond with observation, reason or facts. Beliefs and values make up an organizational scheme in which we construct the world through perception and conception. Belief is particularly subject to the critical error of claiming Truth and completeness, rendering it invulnerable to inspection and introspection. We have not yet fully realized how destructive this is to reason and the continuity of civilization.

We must cultivate and embody a spirit of wanting to find out what is true, what is Actual, as an intention and responsibility. This means we must penetrate through layers upon layers of ours and others’ opinions, judgments and biases, which obscure what is Actual.  We may feel our ideas and positions are uniquely formed by ourselves, even our sense of individualism, but they are almost entirely inherited and acquired from society.

We love and attach to our beliefs, ideas, identifications, and our hurt instead of loving Actuality. We should direct our intention and attention toward that understanding. Being in touch with nature and our senses connects us with an order, a mystery, not mind-made or human-made. We have endless mythologies from which we draw meaning, but these pale in comparison—are at best reflections of shadows—to the immensity, beauty, creativity, order, and significance of Actuality itself. defined and reduced “the other.”

There is movement, there is order. The Cosmos is movement—movement of galaxies, planets, species, and you.

The general order of knowledge is fixed, limited, mechanical, repetitive, and tied to the past. This is contrary to the natural order, which is not some fantastical metaphysical thing, it is what is observable. One must remain in a movement of discovery, curiosity, creativity, humility, learning, and objectivity.

The personalized, biased mind is the main impediment to observation, reason, and action. Identification and attachment, which are rooted in hurt and the search for security, are the most basic and treacherous obstacles. To be rational is to be grounded, grounded in Actuality.  This requires diligence and self awareness, since the main impediment is our own mind.

Knowledge holds and communicates hurt. Hurt is carried forward and it is passed from person to person and generation to generation; it has momentum and acts. Hurt distorts reason, action, and robs us of joy. Hurt leads the mind to seek security.  We have sought security through the ages as a means of survival, but the mind is making the critical mistake of applying this tendency to hurt and seeking security through the objects of the mind.  We place our security in identifications, beliefs, ideas, opinions, all of which are conceptual and limited – a house of cards.

Identification forms the primary basis for division and conflict. What is identified with, is limited and generally inaccurate. We identify with our religion, nation, race, gender, political party, systems which we believe provide us security and a more expansive and eternal sense of self. In actuality, we have only identified with something limited, something conceptual, which is inevitably set apart from some other group or set of ideas. This activity is the most significant threat to our continuity and cannot be overstated. All reasoned and cordial discussion is compromised, or all out obliterated, by this framework. We are more tied to these identifications than we are to what is true and good. Identification makes us second rate, irrational, and under certain conditions, the most inhumane creature on this planet. We can do the most heinous acts because we have defined and reduced “the other.”

Our situation is not an abstract academic problem, but one that literally determines public health, environmental sustainability, personal and global relationship and conflict, and our ability to address any real problem. This is not hyperbole; this is an observable fact…TBC 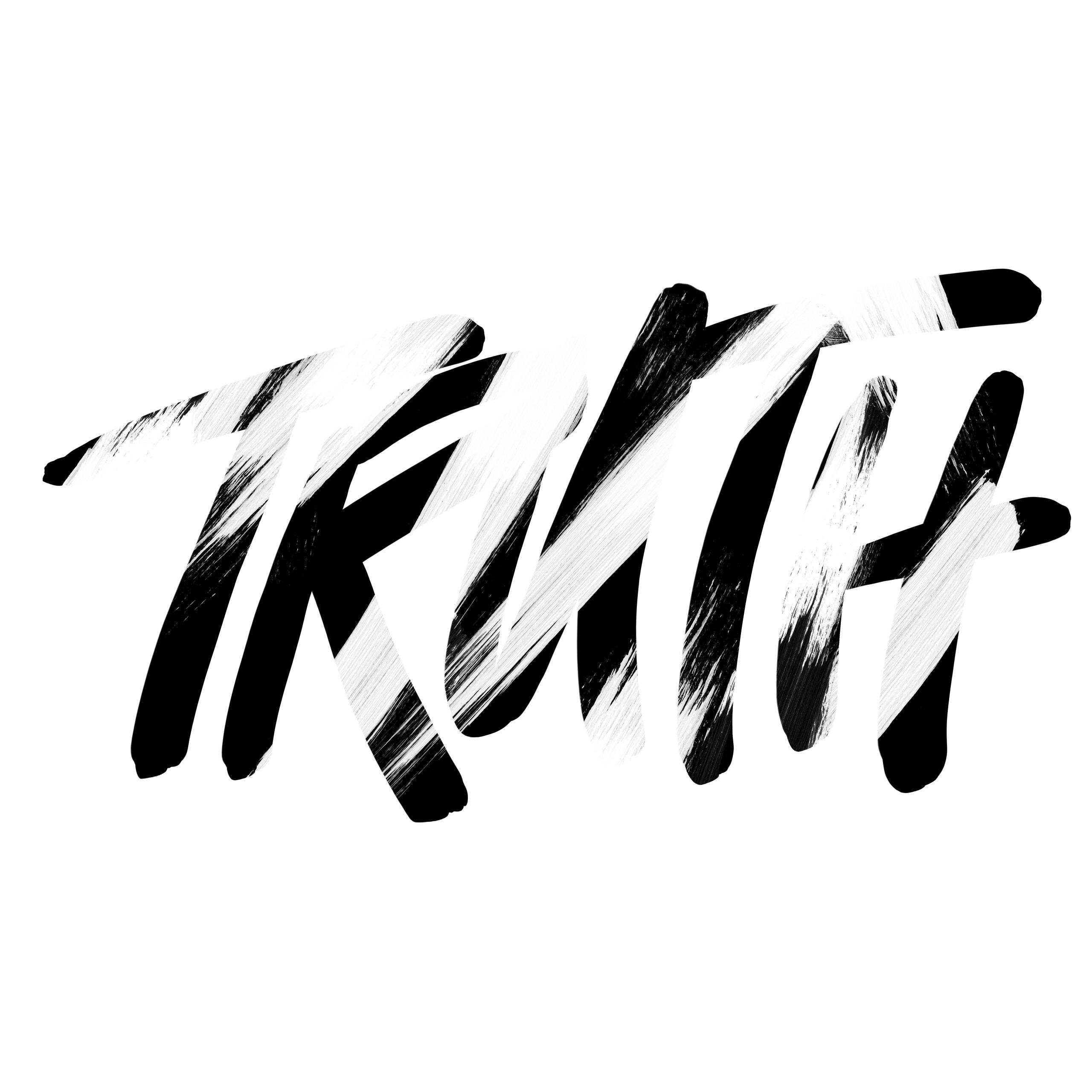 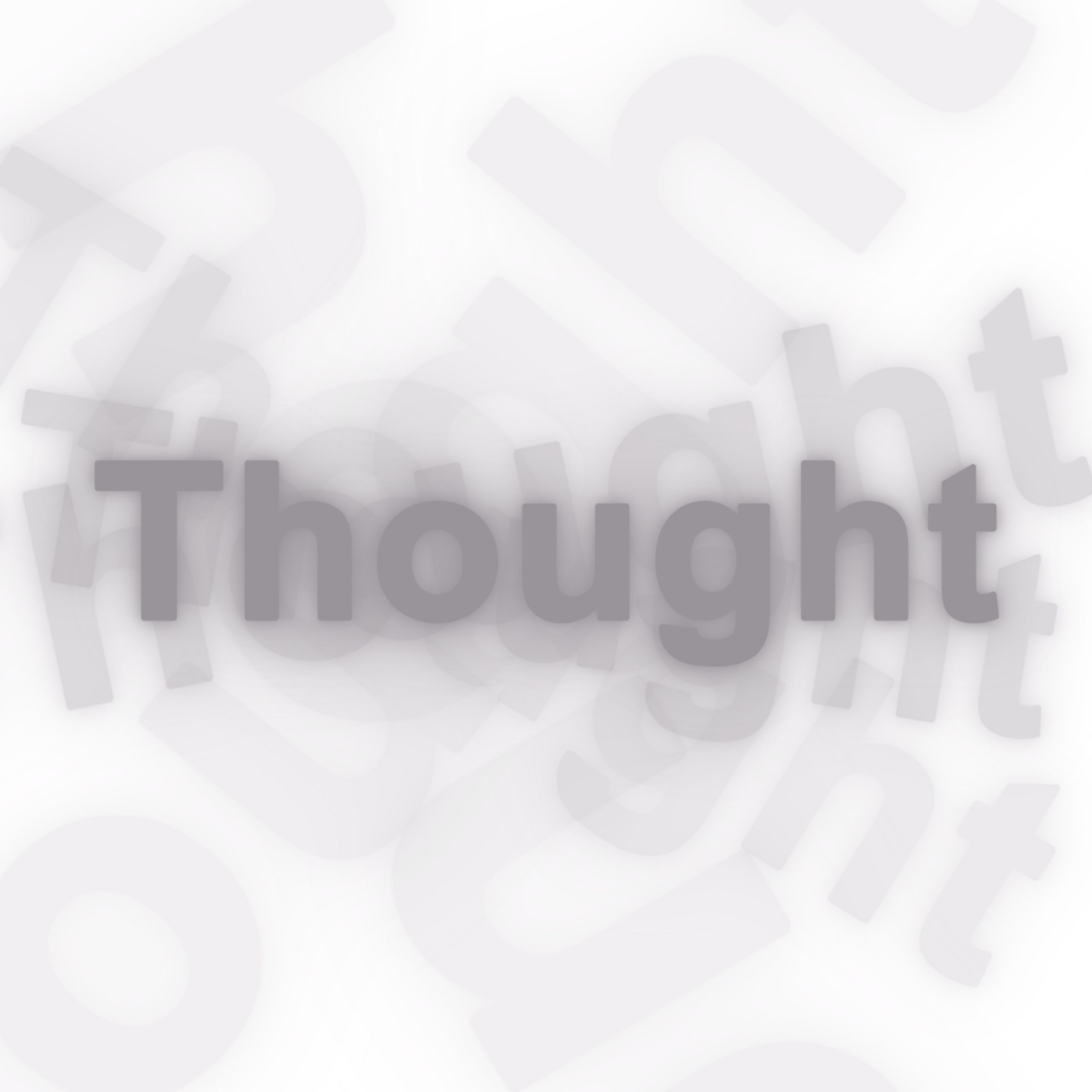 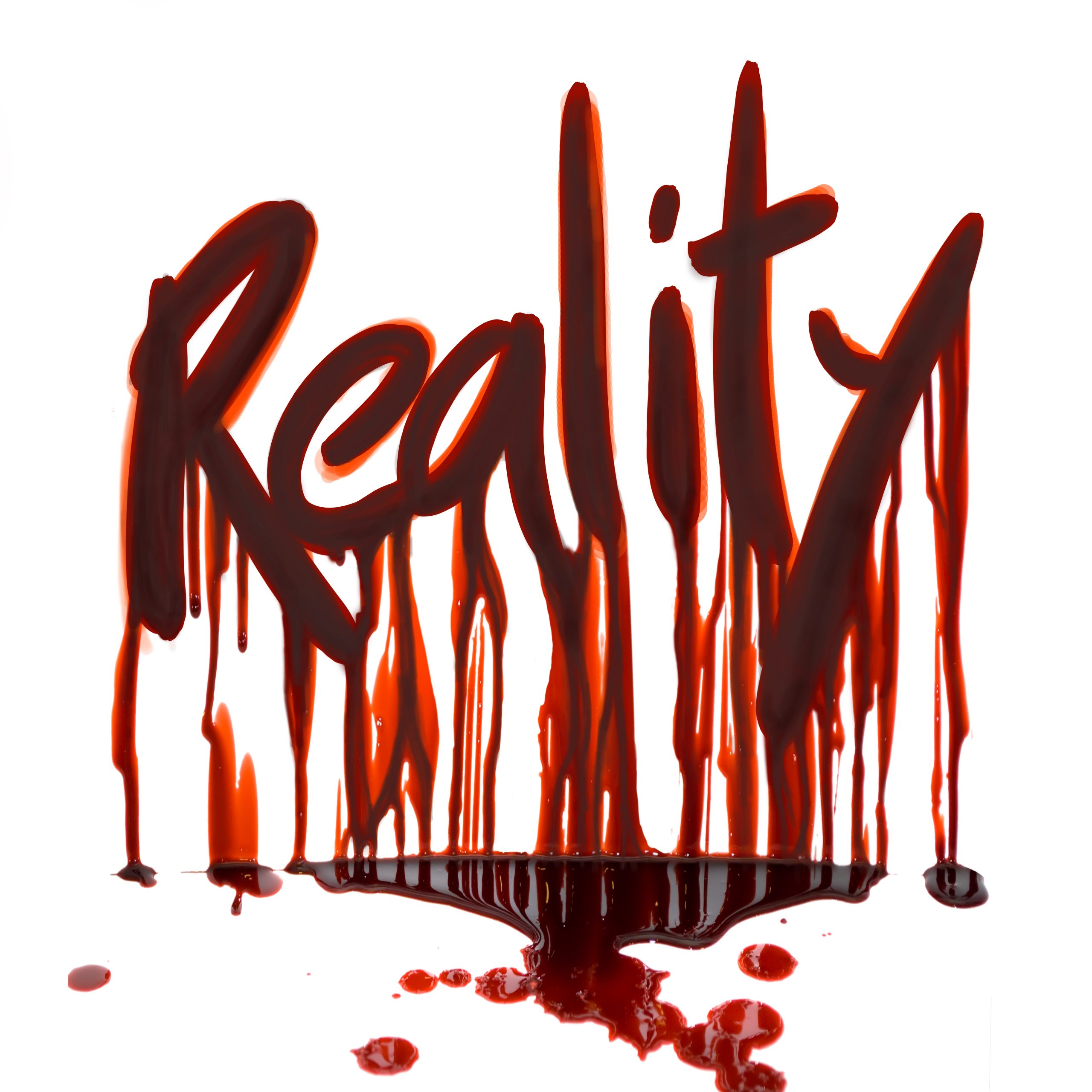